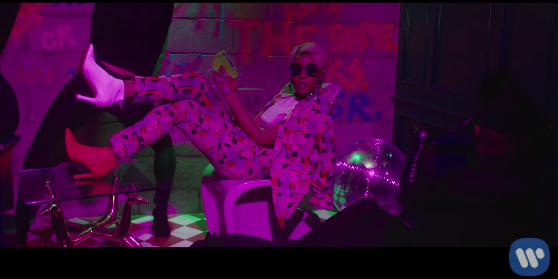 Oh my!! Great sound & funked up video! Strongly reminiscent of Prince – and even a bit of Michael Jackson and Robert Palmer – but especially her own essence in there too.

Watching the video, I can’t help but think how Prince would have been proud to see his influence so strongly alive beyond his own voice. He really left a concrete mark.

Someone named Drew Layton commented on YouTube that “Prince never dies, he just becomes other people.” Ha ha, in this case, so true.